Aesop's Fables: A new version, chiefly from original sources, by the Rev. Thomas James, with more than one hundred illustrations designed by John Tenniel. The book was published in 1848. 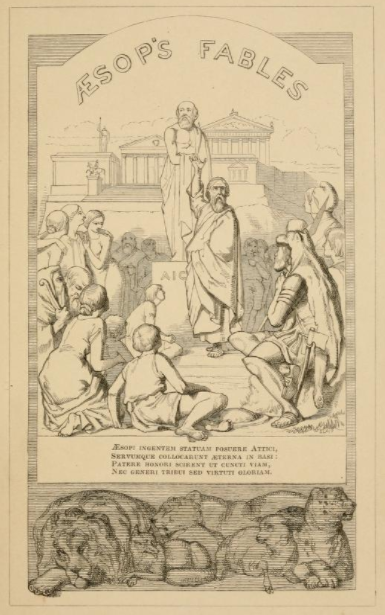 Laura Gibbs
Dedicatedly digital! Teaching online at the University of Oklahoma since 2002. Find out more at MythFolklore.net.